On the 12th March 1968 the British flag, the Union Jack, symbol of british presence in Mauritius since 1810, was brought down and in its place a new flag (the Mauritius flag – red, blue, yellow and green), symbolising the birth of the newly independent nation was unfurled. On this historic occasion, Sir Seewoosagur Ramgoolam, Prime Minister, read a message to the nation expressing his gratitude to the people, “who have made it possible for our country to take its rightful place in the comity of nations as a sovereign democratic state”. On the same day at a press conference the Prime Minister said: “Here you find East and West meet”, and the people of Mauritius have “over the years sublimated their thoughts and hearts and brought about an amalgamation of all cultures which have met together in this small island”.

The symbolic meaning of the colours of the Mauritius flag are:

In 1968, the well known Mauritian poet, Jean Georges Prosper, MBE, won the National Anthem lyrics competition. The music of the lyrics was composed by Philippe Gentil, MBE, violinist, trumpeter and saxophonist of the Police Band.

The National Anthem lyrics and music:

Glory to thee, Motherland, O motherland of mine. Sweet is thy beauty, Sweet is thy fragrance, Around thee we gather As one people, As one nation, In peace, justice and liberty. Beloved country, may God bless thee For ever and ever.

The coat of arms of Mauritius was granted on 25 August 1906, and depicts various attributes of the island. In the lower right quarter is a key and on the left-hand side is a white star, which are referred to in the Latin motto “Stella Clavisque Maris Indici” meaning “The Star and the Key of the Indian Ocean“. 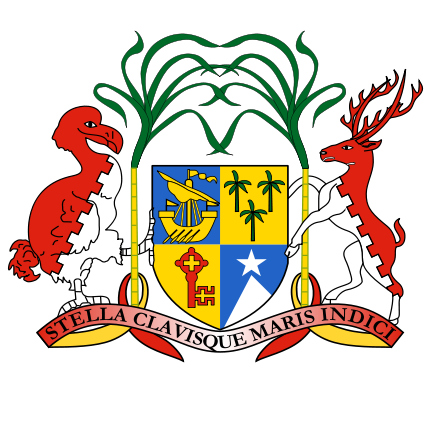 The supporters are a dodo and a deer each holding a sugar cane, the island’s staple crop.

Additional details from the image:
The dodo is extincted since the 18th century
In the first quarter, a ship is symbolizing colonization
In the second quarter, palm trees represent the country’s tropical vegetation.

The national flower of Mauritius is the Trochetia Boutoniana (Boucle d’Oreille). The flower is endemic to Mauritius and is very rare in the wild though many people have it in their yard. The Trochetia shrub reach about 2-3 metres in height, with reddish orange flowers and it flowers from June to October.

When you book with an account, you will be able to track your payment status, track the confirmation and you can also rate the tour after you finished the tour.
Sign Up

Or Continue As Guest